Geldvoorelkaar.nl is about crowdfunding. We provide funds through our website for both SME as well as consumer lending. We provide loan-based funds. Borrowers borrow money and pay the investors back on annuity basis. Loans are on average 75.000 EUR. At this moment we mediate in approximately 2,500,.000 EUR each month. We facilitate screening on published projects, contracts and payment schedules between borrowers and lenders. Our start up was December 2010 and up till now we have approximately arranged credit for 500 companies. The total amount funded up till now is Â 31.5 milion EUR of which approximately Â 17.5 million EUR was funded in 2013.

What are the three main advantages for lenders? 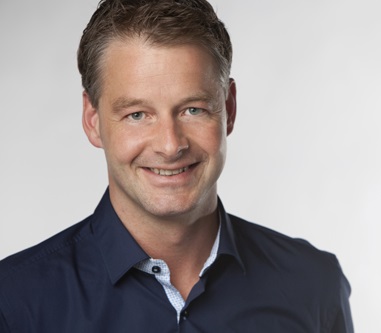 How did you start Geldvoorelkaar? Is the company funded with venture capital?

Me and my companion Edwin Adams were both one of the first franchisees for ING Bank Netherlands. A successful franchise concept which sadly was ended due to reorganisation within the bank. Our own bankshops were bought back by the bank. This money was invested in the development of Geldvoorelkaar. We are 100% independent.

The platform was developed based on our own ideas. Centric (http://www.centric.eu/EU/Default) , a software engineer, developed the technical side of our platform and our backoffice.

Can you tell the international readers about the situation Boober caused in the Netherlands? Did you have to deal with any impact that had on the willingness lenders had to try p2p lending?

Boober was a good initiative, but not very good executed. The AFM (the Netherlands Authority For the Financial markets) did not give any approval and also the handling on provided loans was badly executed. The basic principle however was good, although perhaps a bit too early. The growth and acceptance of different types of social media also contributes to successful crowdfunding. At the time Boober started the social media did not play such an important role. Yes, we had some impact on the willingness but on the whole it was not that big a deal.

What was the greatest challenge so far in the course of getting Geldvoorelkaar ready for launch?

Being 100% sure, before launch, that all the financial systems work properly.

Which marketing channels do you use to attract lenders and borrowers? Can you share the projected acquisition costs per customer?

We receive a lot of free publicity. Looking at marketing channels we try to focus on accountants etc. We do use a lot of the possibilities social media offer. Most of all, we experience a substantial organic growth. Our projected acquisitions costs are therefore low.

Do you plan focus on retail investors or do you expect institutional investors to play an important role?

At this moment mostly retail investors, but we expect a more important role for institutional investors in the near future.

How is the Dutch market different form the UK p2p lending market? Are there advantages/disadvantages (e.g. in regulation, credit scoring, â€¦)

The market in the UK is a few steps further developed. In the Netherlands there are a bit more uncertainties, less experience in, for example default numbers. In the UK crowdfunding / p2p lending is more accepted as a professional way on being funded.

Where do you see Geldvoorelkaar in 3 years? Is p2c lending a threat to banks?

In 3 years time Geldvoorelkaar has become a full, professional, accepted alternative way of financing SME in the Netherlands and some other countries. In 3 years from now our funding capacity will be grown towards 100 million EUR each year. P2C lending is not a threat to banks. We think it should work complementary. Apart from that we believe that banks should be happy with the development of alternative ways of financing SME, for the way how financing is structured at this moment in the Netherlands most banks have not a healthy cost / benefit ratio when financing amount of credit up to 500k.

P2P-Banking.com thanks Martijn van Schelven for the interview.