One of the argument of p2p lending companies is that they are “cutting out the middleman”, meaning the bank out of the lending process. The way p2p lending works today, that is an argument open to attack.

True, most services succeed in cutting out the bank (even if they need a bank in the process to fulfill legal or regulation requirements – but that’s a formality.).

But in the process most p2p lending services need to complete the same steps to validate and screen loan applications – they validate identity, rely on credit scores and verify income and employment – or if they omit some of these steps like Prosper did – they are causing high defaults.

The promise of lower rates and better returns

P2P lending services advertise lower rates than banks. I believe they could achieve that in the long run by streamlining processes and the forces of the economics of scale. They can – compared to banks keep leaner organisations. However they will have to improve/develop the product further before that happens (see ‘For debate – A Flaw in Current P2P Lending Models‘).
At the moment in some markets p2p loans are more expensive on average than conventional consumer loans and only appeal to some target customers like self-employed where banks have tightened criteria for loan approval sharply.

Indeed, I suspect that the ordinary forces of competition would cause banks to behave in just the way described: the same way they do when anyone attempts to take share. Banking is a commodity business, and the chief battleground is price.

I am not trying to be arrogant here, but the simple fact is this: If Zopa were to have a material effect on bank lending, and its competitive differentiation is price, it will not win. It does not have pockets deep enough to win a price war with a major bank, let along the whole market. This much is simple market forces at play. The only reason this isn’t happening now is that, as Martin says, Zopa is not having a material effect on the market at present.

It may be true that banks could react this way. But they are not doing this now, and I doubt that they will do it in time, even if p2p lending ever has a material effect on bank lending. 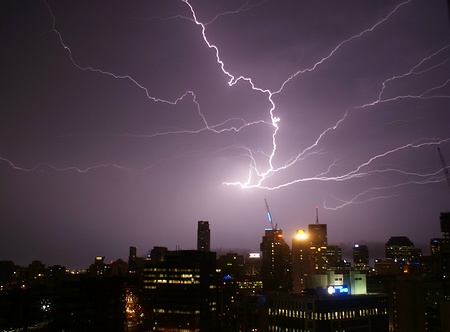 Banks have yet to make up their mind of what p2p lending means to them, their strategy and their business. Several bankers I talked to were either unaware that such a thing as p2p banking existed or thought that it was to small to even bother thinking about it seriously. Only one or two had deeper considered the possibilities and options their bank had to deal with this trend.

P2p lending volumes are tiny when compared to the consumer loan volume done by banks. That’s true but not the point. Every innovation has to start out from zero. The question is whether it can gain enough momentum to reach a relevant market share or even outplace the existing players. Google started as an unknown company, at first viewed as no threat by the then dominating search engine giants. By now nobody would question that Google caused a disruption in search engine technology. But early on?

Instead of looking on absolute volume another indicator could be growth rates: Some p2p lending services are doubling the volumes of new loans funded per month in less than a year or even from one month to the next.
In some markets growth rates are accelerating. James Gardner in detail argues why in his view this is no indicator and that Zopa is far away from reaching a critical mass. One of his arguments is:

P2p Lending is in it’s infancy

My viewpoint is that p2p lending is still in it’s infancy. There is a very limited scope of products/applications. That’s hardly surprising since the first services became active only 4 years ago. But p2p lending as it is today could evolve to a broader p2p banking. New approaches are thought of and tried by startups every month. Some, maybe many of them will fail, but chances are good that these small innovators have higher capacity to experiment and innovate as they are not bound by the structures and rules of large organisations.

P2P Lending is not disruptive at the moment and it is hard to tell if it will be. But there is a fair chance that if p2p lending evolves and matures it could get disruptive and I question if the banks are prepared to react to this in time, if it should happen.

3 thoughts on “Will P2P Lending be Disruptive?”