The European online alternative finance market, including crowdfunding and peer-to-peer lending, grew by 92 per cent in 2015 to â‚¬5.431 billion, according to the results of the 2nd Annual European Alternative Finance Industry Survey conducted by the Cambridge Centre for Alternative Finance at University of Cambridge Judge Business School, in partnership with KPMG and supported by CME Group Foundation.

The report released today, titled â€œSustaining Momentumâ€, had the support of 17 major European industry associations and research partners, and was based on data from 367 crowdfunding, peer-to-peer lending and other alternative finance intermediaries from 32 European countries – capturing an estimated 90 per cent of the visible market. P2P-Banking.com is one of the research partners.

The United Kingdom was by far the largest in Europe at â‚¬4.4 billion, followed by France at â‚¬319 million, Germany at â‚¬249 million and the Netherlands, â‚¬111 million. Other large European markets include Finland with â‚¬64 million, Spain at â‚¬50 million, Belgium at â‚¬37 million and Italy at â‚¬32 million. The Nordic countries collectively accounted for â‚¬104 million, while Central and Eastern European countries registered a total of â‚¬89 million.

â€œAlthough the absolute year-on-year growth rate slowed by 10 per centâ€ (from the 82 per cent growth excluding the UK between 2013 and 2014) the industry is still sustaining momentum with substantive expansion in transaction volumes recorded across almost all online alternative finance models,â€ the report said. 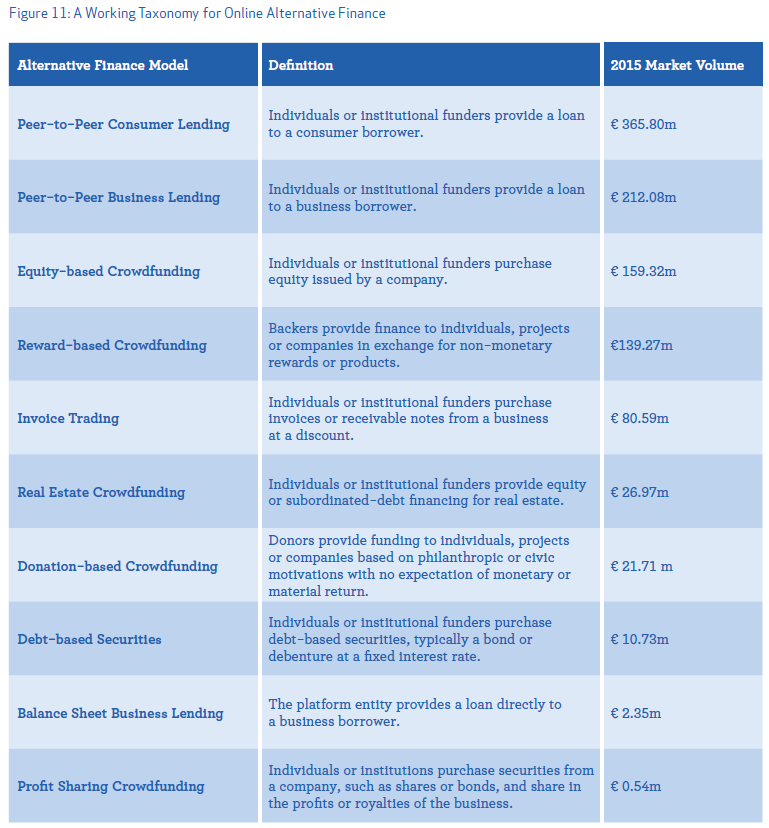 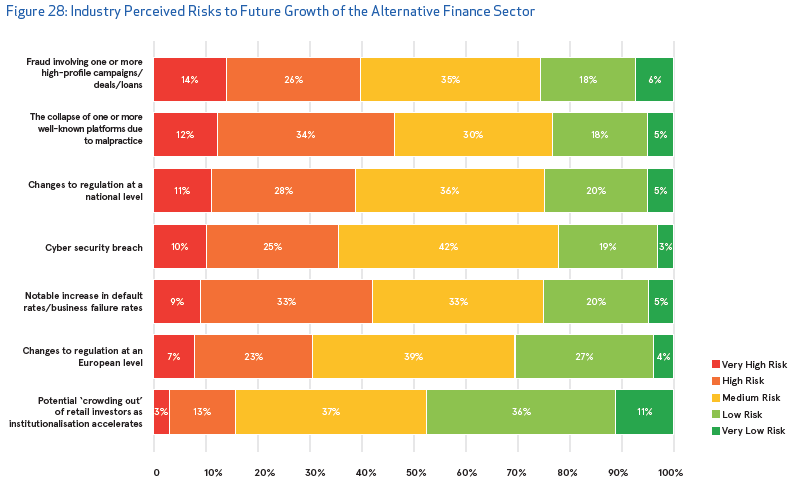 Robert Wardrop, Executive Director of the Cambridge Centre for Alternative Finance, said: â€œEuropean alternative finance transaction volume increased to more than â‚¬5 billion in 2015, with volume outside of the UK market exceeding â‚¬1 billion for the first time. The European alternative finance industry is still small, however, and the slowing rate of growth during the year is a reminder of the risks the industry must contend with in order to transition from a start-up to a sustainable funding channel within the European financial services ecosystem.â€

Irene Pitter, Global Executive, Banking & Capital Markets and member of the FinTech Leadership Team at KPMG, said: â€œThis report shows that the alternative finance sector is set to continue to grow and mature. 2016 marks a significant year for â€˜alternative financeâ€™ in Europe as the market demonstrates clear signs of continued strong growth and increased maturation in the sector as a whole. European activity, excluding the UK, showed solid growth of 72 percent last year and demonstrated client demand for alternative finance solutions even in the smaller EU countries.â€

Rumi Morales, Executive Director, CME Ventures, said: â€œThe prominent feature of financial technology is that it is truly borderless.Â No one country is harnessing alternative financial markets or business models to the exclusion of any other. Rather, from the UK to Estonia and from Finland to Monaco, the entire European continent is experimenting and expanding upon innovations that can provide greater access to capital and financial services to more people than ever before.â€


See the full report below.