This is a guest post by Kevin Allen, CRO at The Money Platform

Itâ€™s important to work for a company that you respect and provides a product good for its customers. Itâ€™s classic dinner table question, â€œwhat do you do for a livingâ€. Â Mostly Iâ€™ve always worked for large blue chip companies including Standard Chartered Bank, PriceWaterhouseCoopers, Centrica, FICO, MasterCard and Lloyds Banking Group. So although I wasnâ€™t going to set any dinner party conversations alight, I didnâ€™t have to admit I worked as an estate agent, politician or worse. Then I worked with RateSetter and I became actually proud of my employment, whatâ€™s not to like about working for an internet start-up in something funky called â€œpeer-to-peerâ€. I was helping to provide a better product to a new type of investor called a â€œlenderâ€ in a new asset class that was providing fair and consistent returns. We were bringing a new lexicon to banking and innovations such as the Provision Fund. Borrowers also got a better deal from a company with excellent customer service, not disdain. I wasnâ€™t a banker anymore, I was working in the â€œsharing economyâ€, a financial hipsterâ€¦. 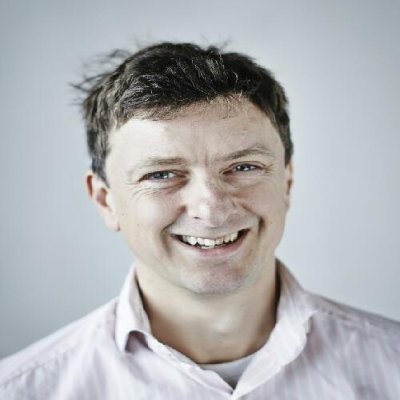 However Iâ€™ve been lucky to have these employment choices. Iâ€™ve been the first cynic to sit on his pedestal and mock those that worked for less altruistic companies. And when I met people working for high-cost short-term lenders, I never let them forget it. I wasnâ€™t a supporter of the football clubs that took their money to advertise a terrible product on their shirts. This is especially personal as I have a family interest, someone that isnâ€™t so financially literate (and to be blunt, who was in dire straits) that borrowed 300 GBP, and ended up having to pay back 1,200 GBP within nine months. As far as I was concerned the sub-prime pay-day loan industry had a poor reputation for a reason, some lenders were exploitative. I mean, can anyone really defend 5,000% APRs? So why have I agreed to work for a short term lender, The Money Platform. A few of my friends are already looking down on me from that moral pedestal that I previously sat upon.

Firstly, short term lending is not the same as pay-day or sub-prime. Pay-day is lending for a few days or weeks where the borrower cannot get through the weekend. Sub-prime is lending to impaired credit people with such high interest rates that it doesnâ€™t matter if a majority just default again, just the odd good payer is enough to make a portfolio profitable. None of this would I consider responsible lending and the subsequent regulatory clamp-down was welcomed by most decent people. In 2015 price caps were implemented and high-cost short-term lenders were restricted in the number of â€˜roll-oversâ€™ allowable. I donâ€™t claim to have the answer to this type of borrowing, but short-term borrowing is different although unfortunately is often classified into the same bucket. My generic description of a short-term borrower is someone whose boiler has broken down, needs to replace the washing machine, fix a broken roof or their car. Â Perhaps they need emergency cash to pay for an unexpected bill, but not cash buy food or a holiday that they cannot afford. These (hard working!) families donâ€™t necessarily have the 750 GBP spare in readies, but they have clean credit and have never defaulted or had a court judgement.

Secondly itâ€™s easy to sit in a London centric liberal elite bubble and presume everyone has such cash or a credit card available, but large segments of the UK population do not. This doesnâ€™t make them poor at financial management, just very typical. The average after-tax earnings of the median household is 27,600 GBP which equates to a weekly income of 530 GBP. This average household income in the UK is a lot lower than probably majority of the population realises, especially to those of us in London. However according to Office for National Statistics data, households containing one non-retired adult have a household expenditure of 467 GBP rising to 659 GBP for a household of two parents with two children. These are just averages, for the single person in the lowest tercile income segment their weekly expenditure is still 380 GBP. Itâ€™s no surprise that people in the UK are not saving and do not have spare capacity for emergencies. Even if they could save, why bother with such derisory high street interest rates. According to research from the StepChange Debt Charity, 14.5 million British adults (29%) say they had no spare money to put aside as rainy day savings in any of the previous 12 months.

Thirdly, these people are often excluded from mainstream financial services. Their credit can be sparse and lack a positive credit score because they donâ€™t have a mortgage, credit card or historic loan. Perhaps they have a credit card, but sometimes miss a payment or have been nudged by the bank to go on minimum payments (thus maximising the bankâ€™s profit, but lowering their credit score). Perhaps they arenâ€™t even on the electoral roll, lets be honest the majority of people donâ€™t vote. Perhaps they rent and move around too often for the bankâ€™s liking. This segment of the population is poorly served financially, often stuck in the middle of the non-approving bank and the rip-off loan shark. Unfortunately the Credit Unions have not been able to step into this void, possibly though lack of credit and fraud risk expertise.

So what makes The Money Platform different, or at least part of the solution? It is recognised that this type of lending is higher risk, but doesnâ€™t have to be exorbitant. The Money Platform does not lend to potential borrowers that have demonstrated financial difficult such as defaults, is currently in arrears or over their credit card limit. The Money Platform is a â€œclean lenderâ€, it isnâ€™t sub-prime or exploitative. The Money Platform minimum interest rate is 0.3% per day. As an example, borrowing 750 GBP at a daily 0.4% interest rate to fix a boiler and then paying back 4 weeks later would cost 89.60 GBP. Many people think this is a reasonable cost instead of going without their car, hot water, clean clothes or dry house! The APR in this example is 296% APR, but the typical representative The Money Platform cost is 165% APR. However this is simply not relevant, as The Money Platform do not roll-over debt through the year. Unfortunately however many of the pay-day companies in the past made a significant amount of money not only through higher interest charges but also fees and roll-overs, charging these rates for longer time periods. The excruciating headline APRs often became real, they certainly did for my family member who needed help to get out of his financial nightmare. The Money Platform is a responsible lender and shows extreme forbearance for customers in difficulty. Although a small fee for non-payment is made and the loan performance reported responsible to the credit reference agency, continued high interest charges are not applied. Weâ€™d rather rehabilitate than punish.

So itâ€™s been easy for some of my friends and the circles I socialise with to be a cynic, and say these customers should simply save up. But that isnâ€™t realistic, the real world isnâ€™t like this to many people. In my opinion a fair short-term charge to borrow a sum less than 1,000 GBP is honest, clear and reasonable without being anywhere near exorbitant. If a peer-to-peer company like The Money Platform can try and do this with honesty, integrity and transparency then that has to be a good thing. And that is why the FCA has supported and incubated The Money Platform. Because the alternatives are reproachable. This is why if Iâ€™m asked what I do for a living, Iâ€™ll happily say I work for a company that provides short-term loans (in the P2P sharing economy providing expected better returns for lenders than banks!).

One thought on “Why I Joined The Money Platform, a Short Term P2P Lender”