Moneyauction, a Korean p2p lending company, says it is “the No. 2 [website] in Korea’s non-bank area, but the number 1 website in the finance area”. And it has impressive figures to prove it. Between June 01th, 2007 and Sep. 15th the loan amount applied was 56.6 million US$.

Moneyauction partnered with telecommunication carrier Korea Telecom and offers a mobile service allowing borrowers to apply for and lenders to bid on loans via their cell phone.

In 3 months Moneyauction plans to launch a secondary market (called ‘Divided bond trading’). A spokesman told P2P-Banking.com that he expects this new feature to boost the transaction volume. 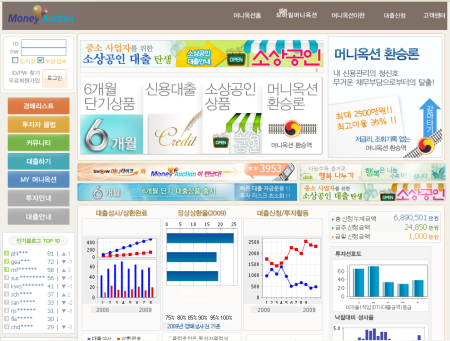