The following table lists the loan originations for August. August was a slow month for many of the listed services probably due to the holiday season. Zopa crossed 1 billion GBP lent since inception (see infographic) and Giles Andrews stated he expects the next billion to be lent in 2016. I do monitor development of p2p lending figures for many markets. Since I already have most of the data on file I can publish statistics on the monthly loan originations for selected p2p lending services.
Investors living in markets with no or limited choice of local p2p lending services can check this list of marketplaces open to international investors. 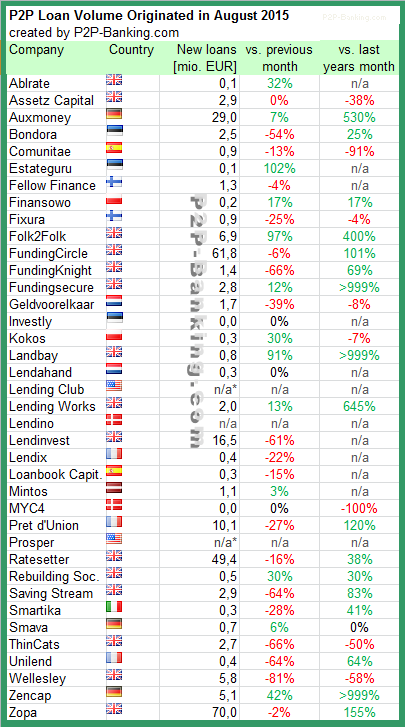 Table: P2P Lending Volumes in August 2015. Source: own research
Note that volumes have been converted from local currency to Euro for the sake of comparison. Some figures are estimates/approximations.
*Prosper and Lending Club no longer publish origination data for the most recent month.
Notice to p2p lending services not listed:
If you want to be included in this chart in future, please email the following figures on the first working day of a month: total loan volume originated since inception, loan volume originated in previous month, number of loans originated in previous month, average nominal interest rate of loans originated in previous month.
Interview with Martins Sulte, Co-Founder and CEO of Mintos
Funding Circle UK Moves To Fixed Rates, Ditches Auctions