British p2p lending marketplace Funding Circle introduces a new model today. All new loans will be issued at fixed interest rates set by Funding Circle. Coming right after Funding Circle’s fifth anniversary, and 792 million GBP originated in loans to SMEs, the step to discontinue auctions is a major change in the way the marketplace operates.

Spokesman David de Koning told P2P-Banking.com that there were major drawbacks associated with the auction model for borrowers as well as lenders. Borrowers lacked certainty of the final interest rate until the auction period was over which led to some of them cancelling their loan application. Investors on the other hand experienced cash drag and sometimes had to make multiple bids to ensure they participate in the loan they wanted. 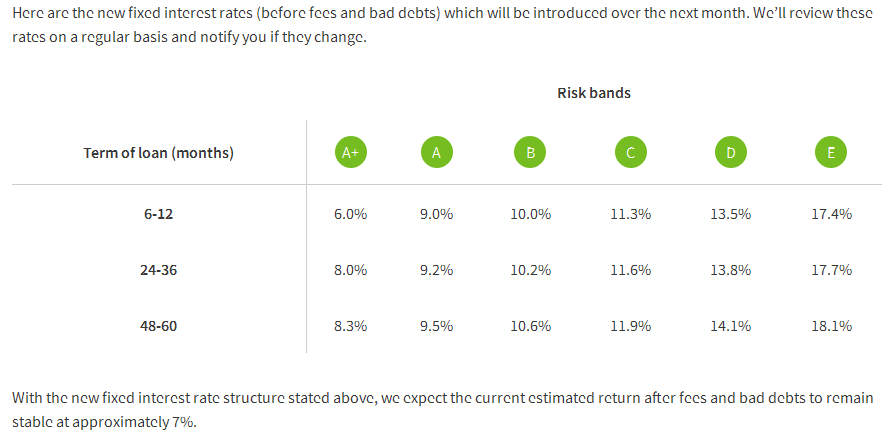 Under the new model Funding Circle will set the interest rate based on risk band and loan term. There will be 3 different rates for each risk bank. De Koning pointed out that the introduced model is not completly new for Funding Circle, as Funding Circle did already use fixed rates on property loans and on the US market of Funding Circle. Asked whether he expects loans to close instantly as demand could be higher than loan supply, he said he could certainly see loans to close quicker than before. The long term goal envisioned is that in future borrowers may pre-approve a loan before it is listed and it could close instantly once filled.Asked about the effects on the secondary market in the transition phase from one model to the other, de Koning replied that since the autobid will bid on loans listed at discount, he expects there will be enough liquidity for any investor that would like to exit.

Funding Circle is not the first p2p lending marketplace to abandon an auction model for fixed rate listings. Other marketplaces that took this step before include Prosper, Bondora and Auxmoney. There are many different ways to implement pricings mechanisms for a p2p lending marketplace. Read ‘P2P Lending: How are interest rates set?‘ for an earlier overview article on that topic.