EstateGuru*, the pan-European marketplace for short-term, property-backed loans headquartered in Tallinn, Estonia, today announces the successful closure of its Series A funding round, with investments coming from Switzerland, United Kingdom, Czechia, Austria, Germany and Cyprus.

The lead investor for the round is TMT Investments Plc, a UK VC, and a public company that was also an early investor in both Bolt and Pipedrive. Among other VCs, there are the Swiss VCs Verve Ventures and Swiss Immo Lab, and J&T IB and Capital Markets, the investment banking arm of the Czech investment bank J&T.

The total amount raised is €5,8M (ca $7M). This follows a successful equity fundraising round on the Seedrs* platform in May this year. The round exceeded its initial target by 260%. The campaign’s maximum target was achieved within just four days, instead of the initially planned 40-day-campaign. EstateGuru says it has been thriving thanks to retail investors’ support for the business model since the very beginning of the company, with 41% of new investors coming from referrals and 90% of investors doing so repeatedly. One in two borrowers returns to EstateGuru by taking out six loans in ?ve years’ time on average. This was also the reasoning behind the Seedrs round in May. EstateGuru states it believes in the importance and power of the community and considers it extremely important to give them a chance to participate in the equity raise.

‘We have an ambitious technology and expansion roadmap for the next few years, and the success of this fundraising round will position us perfectly to deliver on this and continue providing all investors and borrowers with the very best real estate financing platform. We are developing a modern ecosystem for market participants and believe that very soon, traditional financiers will also prefer to use our platform in order to stay competitive. The fact that the same investors who have invested in two of Estonia’s leading startups, Pipedrive and Bolt, have now chosen to put their faith in EstateGuru is the perfect affirmation that our business model is robust and that we are ready to seriously accelerate our growth,’ says Marek Pärtel, CEO and Co-Founder of EstateGuru.

‘We are happy to support EstateGuru in the new round. It solves important problems – attracting money to real estate and at the same time making it possible to invest investors’ funds at a profit and at the most modern level. According to various estimates, the p2p lending market will grow by 2025 from $ 350 billion to $ 0.5 trillion. We strongly believe in EstateGuru’s prospects’, – says Artyom Inyutin, Co-founder & Head of Investments, TMT Investments.

‘There is a significant SME financing gap in Europe and a strong investor appetite for high-yield investment products. EstateGuru is in a perfect position to take advantage of these two trends and become a global leader in real-estate backed lending.’ added Jo?o Duarte from Verve Ventures / Swiss Immo Lab.

Breaking news: p2p lending platform Mintos* will run an equity crowd on british equity crowdfunding platform Crowdcube. Mintos states ‘As far as startups go, Mintos has raised very little capital so far. We have grown to become the market leader in continental Europe largely fueled by our own revenue. We see a huge market opportunity ahead of us, and to accelerate our growth and develop new products we are raising money. Our fundraising round includes both venture capital and crowdfunding. ‘.

No details regarding the amount to be raised or the valuation have been shared yet. The pitch is set to go live in late November

Corwdcube plans to merge with Seedrs*.

Launched in February 2017, Mozzeno* is a Belgian platform through which private individuals can indirectly finance loans granted to other individuals and businesses.

You can read an interview with one of the Co-Founders here.

Funds were raised from existing shareholders such as the W.IN.G Fund, and also provided by Federale (Federale Verzekering / Assurance).

Frederic Dujeux, one of Mozzeno’s co-founders, explains: “Federale is a mutual cooperative insurer, and that specific structure was what sealed the deal for Mozzeno. With this cooperation, we welcome a major new shareholder who brings in experience and solid credibility in both investment and lending businesses. Moreover, Federale Verzekering’s positioning is perfectly aligned with Mozzeno’s collaborative model.”

Jean-Marc Mayeur, Chief Investment Officer at Federale, adds: “We have been monitoring Mozzenoâ’s project for several months. In a domain that is so complex and subject to so much regulation, we are deeply impressed by their ability to consistently find innovative solutions. The success that Mozzeno has achieved so far in the Belgian marketplace is a clear indication that it can continue the same rapid pace of growth in the coming months.”

The funds that have been raised will be applied to bolstering Mozzeno’s financial foundation and accelerating development. The aim of the collaborative platform is to become a major player in the consumer and business lending market.

Xavier Laoureux, Mozzeno co-founder, adds: “Mozzeno is ready to step up as a major Belgian player in the area of digital lending, having already granted 2,000 loans totalling  15,000,000. The newly raised funds will enable us to target an even greater audience. Now we can take serious steps to increase our brand awareness. And in recent months we have significantly improved our IT systems and user experience. From now borrowers applying for a credit on our platform can link their bank accounts, a development that will make it much easier for them to prove their income and expenses.”

Mozzeno is also a community of more than 6,000 private investors. In order to provide them with a wide range of investment options and improve customer experience, Mozzeno has developed a series of service lines.

Services for businesses: a focus on lending-as-service

As much as before, mozzeno continues to provide services to businesses. It does so in part by providing its innovative technologies to other financial players, but also by creating opportunities for non financial businesses to create a lending or investment offer and fully outsource its operations to mozzeno.

Baltic property lending platform Estateguru* has just launched a round on Seedrs* to raise up to 2 million EUR in new funding at a pre-money valuation of 28.8M EUR . Estateguru was launched in Estonia 6 years ago and has since expanded into the Latvian, Lithuanian, Finnish, Portugeese and German markets. Using the platform 47,000 investors have funded over 1,400 loans with a volume of 202 million EUR for an average return of 11.8% (as per Estateguru statistics page). All loans are secured by mortgages. Estateguru says that so far all recoveries of defaults have returned 100% of the capital and just the length of discovery varied sometimes taking months, sometimes taking years.

Estateguru plans to use the raised capital to further develop the product, especially improving features for institutional investors. Estateguru* can build on the experiences it made in a two-year relationship with German Varengold bank which has provided a credit line to finance loans. A second goal is to expand into further markets. In a recent investor webinar CEO Marek PÃ¤rtel named UK as a potential market, stating Estateguru already holds the required licenses since last year. Furthermore Estateguru will implement integration with payment provider Lemonway.

PÃ¤rtel said in the webinar that Estateguru has doubled in size every year in the past and expects the fast growth to continue in the future.

Marek PÃ¤rtel, founder and CEO of EstateGuru, outlines the companyâ€™s mission to become the largest pan-European real estate financing marketplace: ‘Today, EstateGuru has become the largest platform in mainland Europe, showing an average annual growth rate of 100%. Simultaneously, we have discovered excellent opportunities to further increase our market coverage and it is for this purpose that we have drafted a clear technological development plan that requires a strong partner in order to be implemented successfully.’

Christopher Zemina, Investment Manager at Speedinvest, explains the background of the investment: ‘EstateGuru is the story of a small team that has achieved extraordinary growth without much external funding. The team has executed their plans and constantly outperformed our expectations. We are determined to support the company in its next stage of growth.’ 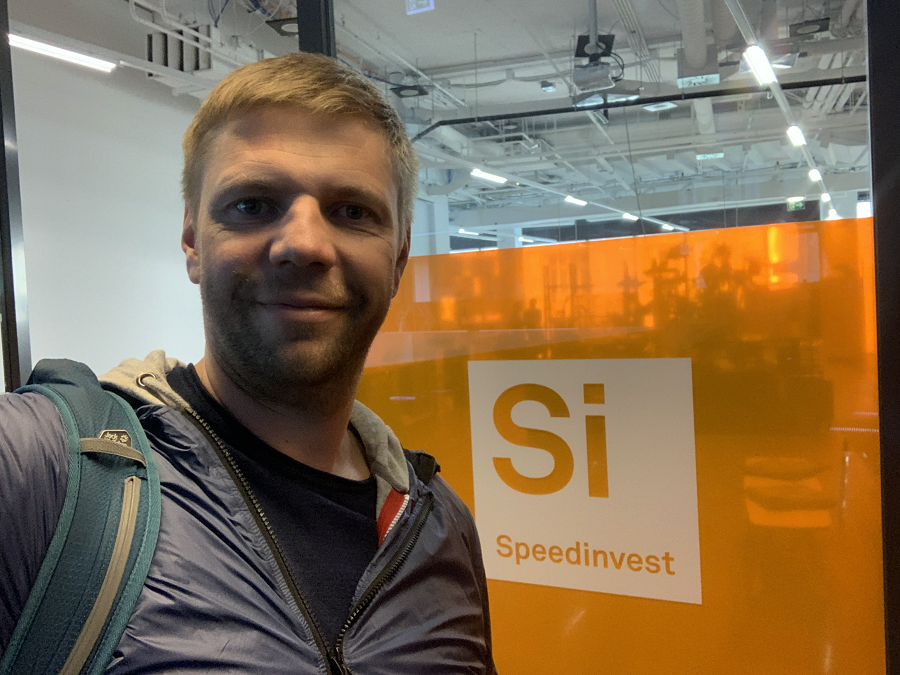 LendingCrowd has secured an external funding round of 2 million GBP following a strong 2017 for the p2p lending company, with the proceeds earmarked for ramping up its sales and marketing activities.

The round was led by angel syndicate Equity Gap and included a number of private investors from Scotlandâ€™s entrepreneurial and finance scene, and the Scottish Investment Bank. The companyÂ  says it is on track to scale significantly during 2018 and intends to seek Series A funding over the next 12 months.

As part of its drive to build market position, LendingCrowd this month launched its debut television advert, designed to bring the opportunities available through P2P lending to a wider audience. The advert features Geoff, who decided to â€œThink Outside The Bankâ€ and invest with the platform after becoming disillusioned with the low rates of return on other investments.

Investor funds on the platform have grown rapidly, with much of the expansion attributed to the launch of one of the first Innovative Finance ISA (IFISA) products in February 2017. After a full 12 months of opening the LendingCrowd Growth ISA, 82% of investors have beaten the advertised 6% target return.

LendingCrowd, which is fully authorised by the Financial Conduct Authority, has over 4,500 investors signed up to its platform and is on track to significantly increase investor numbers this year. It now offers three IFISA products Â­â€“ the passive Growth ISA and Income ISA, and the active Self-Select ISA. 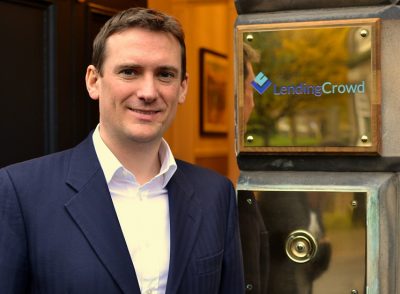 Stuart Lunn, LendingCrowd CEO and co-founder, said: â€œHaving laid solid foundations for the business over the last couple of years, we now have a position in the market that is starting to pay dividends. We have a strong pipeline of both investors and SME demand and with such a strong trajectory, we are now actively speaking to the venture capital and private equity communities about our next phase of growth.â€

Jock Millican from Equity Gap said: â€œWe are extremely pleased that our syndicate members once again backed LendingCrowd, with this raise being the largest single investment by Equity Gap to date. Existing and new investors in LendingCrowd recognise the progress to date and the potential for the business to scale.â€

Kerry Sharp, Director of the Scottish Investment Bank, commented: â€œWe are delighted to provide continued support to LendingCrowd who have demonstrated real market traction with their innovative peer-to-peer lending platform in Scotland.â€