Giles Andrews, cofounder and CEO of Zopa said, ‘After 7 years, Zopa members continue to enjoy better rates on personal loans and savings than the banks offer. Meanwhile, despite their size and virtual monopoly, banks have struggled to even stay solvent, requiring huge taxpayer bailouts.’

Since launch, Zopa has arranged more than 185 million GBP (approx. 291M US$) in loans. As older loans have been repaid, an estimated 90M is currently still loaned out. According to company statements Zopa loans now account for between 1% and 2% of all new personal loans issued in the UK each month. In January Zopa arranged more than 8.2 million GBP of loans. 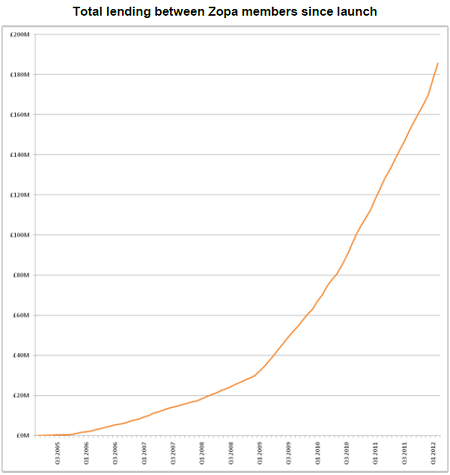