Auxmoney.com is the second largest (by loan volume) p2p lending service in Germany. The new loan volume per month is about 700,000 Euro (approx 900,000 US$). A recent estimate puts the monthly revenue of Auxmoney at about 57,000 Euro (approx. 74,000 US$; based on August numbers). The majority of these revenues comes from the sale of so-called ‘certificates’, which the borrower can optionally buy. Examples for certificates are credit scores, income validations or car value assessments.

The fees for the optional certificates as well as the listing fee are due in any case – regardless whether the borrower’s request for a loan is funded or not.

With the legal construct Auxmoney has selected, the listing fee, the fees for the certificates and the extensions need not be factored into the APR that Auxmoney calculates.

Could these circumstances damage the image of p2p lending?

P2P Lending worldwide has received positive press coverage and benefits from offering an alternative to the currently ill reputed banking sector. Only occasionally are single players causingÂ  bad publicity (e.g. the high default rates of Prosper or the Boober failure). Looking at the German market, press coverage for p2p lending was nearly all positive. One exception was the warning of a well-known consumer advocacy which accused Auxmoney of using false marketing claims on its website. Auxmoney sued the publisher – the case is still ongoing.

The latest change in the fee policy of Auxmoney could lead to a negative change in the perception of p2p lending by consumers. Should internet users start to associate p2p lending with high fees that are charged even if no loan was obtained (currently on average 10-20% of all loan listing on Auxmoney are funded – see green line in this chart) then p2p lending would risk losing any competitive advantages over bank loans.

Fees at other p2p lending services have risen several times in the past too in the struggle of these marketplaces to become profitable. While these fee increases do impact the attractiveness for the users the difference is that at least the fees in most cases only apply to loan transactions on funded loans. 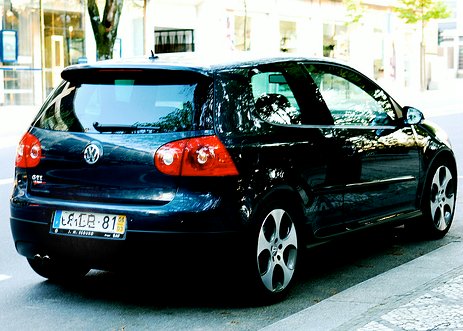 Auxmoney.com has added more loan term choices for it’s p2p lending borrowers to choose from on the weekend. Previously available loan terms at Auxmoney were 12, 24 and 36 months. Now any term between 12 and 60 months (in 6 month increments) can be selected.

Auxmoney achieved substantial growth rates in the second half of 2009 (see Wiseclerk statistics tracking Auxmoney loan originations per month). And this is despite the fact that Auxmoney was criticized by a renowned consumer advocacy institution for misleading marketing and unfavourable fee structures.

In international comparison of p2p lending fee structures, Auxmoney is a rare exception, as it charges many fees regardless of whether a loan request is successfully funded or not. With it’s listing fees Auxmoney generates revenues even from those customers with bad credit history that have little or no chance of getting funded by lenders.

Positive TV coverage (see video here) on nationwide German TV on Monday during primetime caused traffic spikes at the German p2p lending services Smava and Auxmoney. The websites were partially down during Monday and Tuesday or so slow they were practicably not useable. Auxmoney reacted by temporary deactivating non-vital functions like sorting. Meanwhile stability of the web applications has been restored.

The surge in user demand led to a 20% increase in active lenders at Auxmoney and most ever parallel open loan listings (currently 332). At Smava nearly all reasonable loan listings are funded within a few days or even hours at the moment.

To encourage more loan listings Smava has upped the bonus for inviting new borrowers to 150-200 EUR (approx 200 to 275 US$) for each referral of a borrower that is success fully funded (up from 100 Euro before).

German p2p lending service Auxmoney.com has added the option for borrowers to enhance a listing by adding an audio file. The borrower records the audio message by dialing a phone number and identifying himself by a pin supplied by Auxmoney.

Hearing the borrower describing his request creates a much more personal impression to me than only reading a text description.

To hear an audio-file created by a borrower follow this link and click on the speaker symbol (the audio is in German).