Deutsche Bank Research released a new e-banking snapshot focusing on p2p lending. Notable trend is a shift to automated bidding (vs. manual selection of single loans). Interesting results are the findings that loans with longer loan descriptions have a higher default risk (at Lending Club) and that lower cost are not the only motivation for borrowers to use p2p lending services (offers by banks might actually be cheaper).

MYC4 is still struggling with the situation of it’s local provider Ebony in Kenia.Â  After some issues raised questions, MYC4 attempted to investigate Ebony’s portfolio. However when MYC4 attempted to perform an announced audit at Ebony’s premises in Nakuru accompanied by 4 auditors of KPMG, they were denied access. MYC4 filed an application in court in order to get access to the files. However on October 30th the court postponed the case until December.
Kiva had paused Ebony last year after unsatisfactory results and defaulted all Ebony loans last month.

In Germany p2p lending usually received positive to enthusiastic press coverage in the past. Today’s article in Handelsblatt (a financial newspaper) online edition has a more critical tone, pointing at fee structures of one service and wondering why the German Bafin (the regulation authority) sees no need to monitor activities of p2p lending companies more closely. The article does also cite positive recommendations of consumer advocates for Smava.

The New York Times picks up the story of an earlier blog post by David Rodman (‘Kiva is not quite what it seems‘) that started a discussion on transparency and marketing messages of Kiva around the question if Kiva lenders are really aware that they do not lend to the entrepreneur pictured but rather to the MFI which may/will use the money to fund other loans.
Since the blog post Kiva has changed it’s tagline on the homepage from “Kiva lets you lend to a specific entrepreneur, empowering them to lift themselves out of poverty.” to “Kiva connects people through lending to alleviate poverty.“ 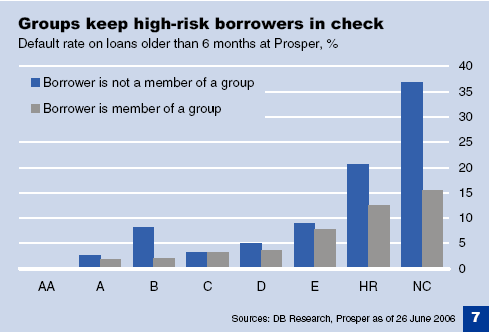