On invitation of Crowdestor* I travelled to Riga and met the founders of Crowdestor Janis Timma and Gunars Udris. Crowdestor is a Latvian p2p lending platform for SME loans. They launched a year ago. Loans are typically for terms of up to 18 months and interest rates are quite high – the current loan offer by a transportation company seeking expansion capital carries 17% interest rate. The Crowdestor website is available in English, German and Portuguese language. Currently most investors on the platform are Germans, followed by Spanish investors.

We talked about their experiences in launching the platform and I asked how they acquire new clients requiring a loan. Janis explained that at the current stage it all comes down to networking in the business community of Riga. Latvia is a small country, about 2 million inhabitants, and Riga is the dominating city with about one million inhabitants in the larger urban area. He said chances are very good that he has a friend that learned that a company is looking for financing and know someone in the management of the company and can put him in contact.

Crowdestor* then negotiates the loan terms with the business and checks their business records and background. Janis said they have been extra careful with their loans so far, turning down very many requests as the founders understand very well that a default of a loan at this very early stage could harm their fledging marketplace. 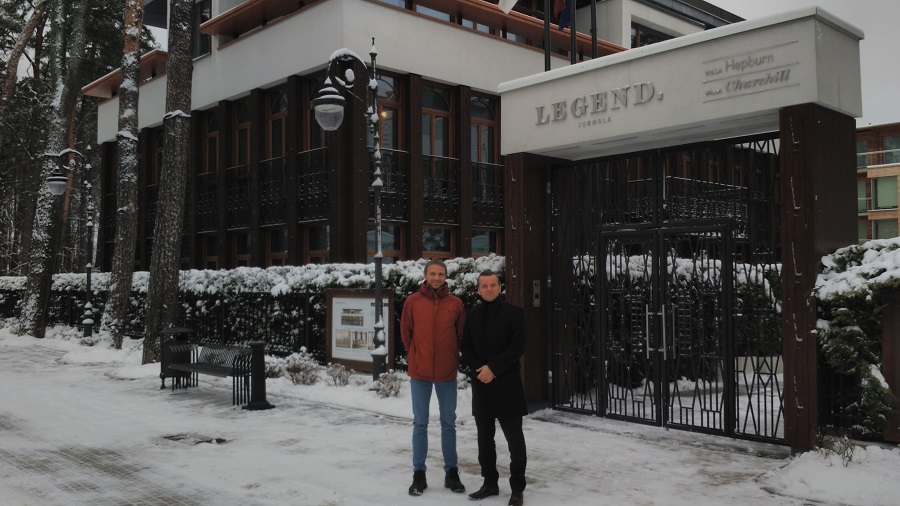 Gunars (left) and Janis in font of the luxury appartment complex they showed me.

Both are very proud of the projectsÂ  financed by the Crowdestor marketplace. They drove me around to show some of the projects. As one real estate project is at the moment only a piece of land, where construction has not yet been started, we went inside another apartment complex finished by the very same real estate developer, so I could experience the high quality of work and the attention to detail. It was an apartment complex with 3 buildings, themed Churchill, Hepburn and Dietrich, located directly on the shore at a popular beach. There is a spa in one of the buildings only for the residents and each building has a concierge.

Another project they were really enthusiastic about is INCH2 shoes a e-commerce venture that designs and sells fancy shoes online and is growing extremely fast. The shoes are produced in Portugal on their behalf. They had a smashing success selling shoes for 1 million EUR turnover on black Friday this year (overall turnover about 5 million EUR in 2018). 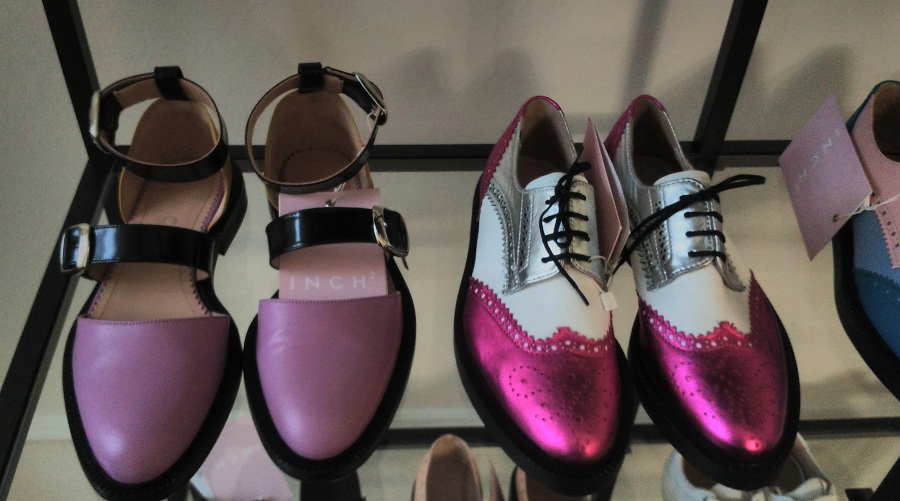 INCH2 got a 100K expansion loan through Crowdestor earlier this year at 17% interest. Janis explained to me that they actually were looking for a 500K loan, but it was clear that at the current stage of development of the platform Crowdestor would not be able to raise that much cpaital from investors, therefore it was agreed to start with a smaller loan. In 2019 there will be a second loan for INCH2 on the Crowdestor platform.

And that brings us to the current situation. Crowdestor has a pipeline of 7 projects they want to finance in the near future but are aware that they need more investors, to be in a position to fund all these projects. Over lunch at ‘The Catch’ restaurant – really great tasting food by the way I can very, very much recommend that restaurant – and they will open a location in Berlin too – in fact when we were there they had staff of the German restaurant there that was getting training – we discussed pro and cons of possible different marketing strategies and platform features that could help Crowdestor to accelerate growth or the platform.

During a small drive to the city, Gunars showed me where several of the many other p2p lending marketplaces that are headquartered in Riga (most well known is probably Mintos*) are located. Crowdestor itself is currently moving office to have a more space. Gunars told me that they have a good working relationship with the founders of many of the other platforms and are exchanging experiences and thereby benefiting each other.

In fact he arranged a small visit for me at the Viainvest office where we had coffee with Simona the Viainvest CEO, who had wanted to meet in person when she learned that I would be in town. Simona answered my question and gave some details to the current situation of the Viainvest business and future plans (which I am not to divulge just yet, but the company plans to announce them very soon). 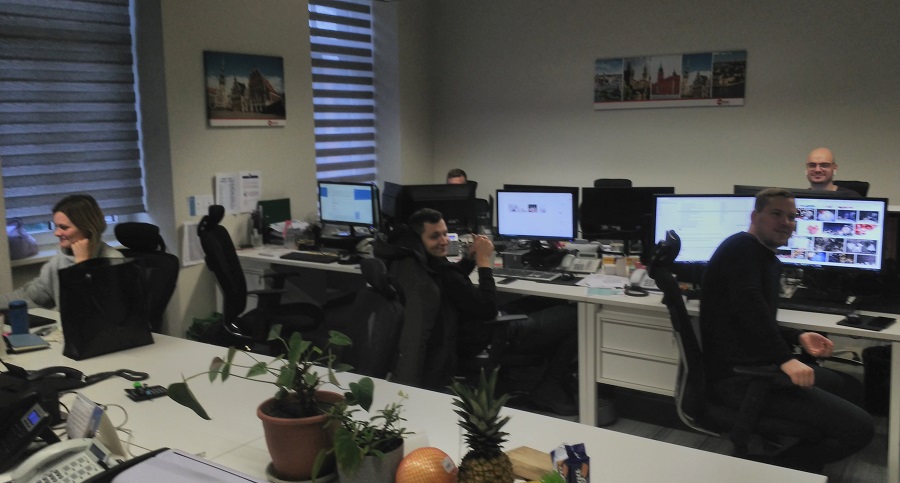 At the Viainvest office. The group occupies a two floors in the building.


The minimum investment amount on the Crowdestor marketplace is just 100 EUR, investors can sign up here and check it* out.

I thank Crowdestor for the invitation, the time they took to guide me around and for paying the flights and the lunch.