An investigation initiated by the new management of TrustBuddy AB has indicated serious misconduct within the company. The Board of Directors has informed Nasdaq OMX and the Swedish FSA about the situation, and the FSA has demanded that TrustBuddy is to stop offering its services with immediate effect. As a consequence, the companyâ€™s planned rights issue is suspended. The Board of Directors will prepare a control balance sheet and are currently evaluating all available options in order to find a viable solution for all parties.

The investigation indicates that these practices were likely in place since the TrustBuddy platform began operation.
Actions taken by the new management and the Board of Directors

The questionable practices mentioned above, limited to the Companyâ€™s short-term lending business, have been stopped with immediate effect.

Further, the Board of Directors informed Nasdaq OMX and the Swedish FSA about the findings. Based on the findings, the FSA demanded that TrustBuddy is to stop offering its services with immediate effect. As a consequence, the planned rights issue, scheduled to run from 14 October 2015 to 30 October 2015, is suspended.

Due to the severe breaches of the internal and/or external regulation, the Board of Directors has also decided to file a report to the Swedish Police Authority.

The Dutch subsidiary Geldvoorelkaar, which focuses on lending to small and medium-sized enterprises, has been operating on a stand-alone basis and has not been subject to misconduct. END_OF_DOCUMENT_TOKEN_TO_BE_REPLACED

Trustbuddy has entered into an agreement to acquire Italian Prestiamoci, a long-term Peer-to-Peer (P2P) lender, for a total of EUR 5.3 million in order to strengthen its offering of business loans to small and medium-sized enterprises and consumer credit in most European countries.

Both acquisitions remain subject to the satisfaction of certain conditions. In particular, the acquisition of Prestiamoci is conditional upon Prestiamoci receiving a payment services, PSD, license. The Company is currently considering various financing options, including a potential equity fundraising, to part finance the acquisitions.

Geldvoorelkaar is the first P2P lending platform with a credit licence issued by the Dutch Financial uthorityÂ (AFM).Â  Geldvoorelkaar offers a professional and established alternative source of financing for SMEs.

In September 2014 Prestiamoci had concluded a financing round of 450K EUR and in October 2013 a previous capital increase of 550K EUR. According to sources, Digital Magics Angel Network ,which invested just a year ago and provided strategic support in refocusing Prestiamoci, achieves a gain of about 300% on the transaction. END_OF_DOCUMENT_TOKEN_TO_BE_REPLACED 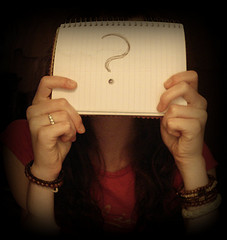 TrustBuddy AB (2009), a Swedish P2P lending facilitation company. Using in-house developed and proprietary mobile-/web-based financing solutions, it facilitates smaller short-term loans between private consumers. The company does not lend out its own money; pooled loan-portfolio investors provide funding. TrustBuddy has already reached close to 40,000 registered members, of which more than 20,000 are active customers, in Norway and Sweden alone. This is done with virtually no marketing efforts, showing how popular the product is. END_OF_DOCUMENT_TOKEN_TO_BE_REPLACED

Trustbuddy AB has acquired the operations of Swedish p2p lending site Loanland effective November 19th. This means that Loanland will not close as reported earlier. Trustbuddy AB is a Swedish company with Norwegian origins. Trustbuddy will continue operations and in mid-term plans to integrate the activities of the service into their own platform. Loanland users were informed that the transfer of the membership agreements does not change anything for them.

No financial details on the deal were available.