In January 2010 I wrote down my predictions for p2p lending trends in 2010. Now letâ€™s see how good my crystal ball was. The black text is my original prediction, with the review added in green and yellow.

More competition and entering more national markets (probability 100%)
This is a fairly easy bet. There are many, especially European markets, where no p2p lending service is operating yet. Even accounting for the fact that laws and regulation in some national markets make it hard or impossible to establish a service, there is still plenty of room. Looking at an individual country, it is much harder to tell. I still wonder that there are no competitors to Zopa in the British market (yet).
As expected this was an easy bet to win. Plenty of new p2p lending companies launched. Zopa got 4 new competitors in the UK (Ratesetter, Fundingcircle, Quakle and Yes-Secure). 3 companies launched in Finland. FairPlace started in Brazil.


More products (probability 100%)
Currently nearly all p2p lending platforms only offer one product: unsecured, fixed term loans. The differences are more in the details of loan funding (bidding, no bidding, markets, listings) but not in the offered product. In 2010 we will see additional products (e.g. secured loans).
Ratesetter introduced rolling monthly loans with variable interest rates. (Note: variable interest rates were one of my predictions for 2008 – I was a bit early on that one). Money360 tries p2p mortgages. CommunityLend might be up to something really interesting with FinanceIt. Some smaller enhancements to the existing product were developed too (e.g. cars as collateral).

A bank will acquire an existing p2p lending service (probability <25%)
While last year’s prediction was that there is the first bank experimenting with p2p lending (and there was), 2010 might see a bank (or other financial institution) buying a running p2p lending service.Buying will be much faster, cheaper and risk-less than if the bank tries to build a new service.

Did not happen. An interesting development was the decision of a Korean Savings Bank to act as a lender on MoneyAuction.

An established peer-to-peer-lending service will fail (probability 50%)
While p2p lending as a whole is growing fast, some services face economic challenges. It is possible that one of them will fail in 2010 and close (This would not be the first time this has happened – remember Boober and Fairrates). The market it did operate in will likely experience slowed growth due to bad press. A major failure would also affect the funding chances of any service still in idea/planning phase.
Unfortunately several p2p lending sites went out of business: Monetto, Bankless Life and Loanio (which did not succeed in opening for more than a very short time span anyway). 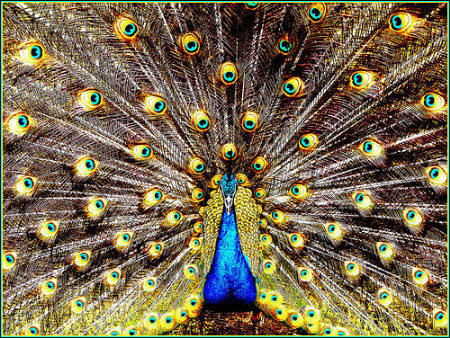 Cross-market lending (probability low)
Carried over from last two years â€“ was not implemented
Aside form the social lending approaches so far all services are open only for lenders and borrowers that live in the same market. If lenders could lend to borrowers in markets with higher key interest rate than the market the lender lives in, the advantages could outweigh the risks. In the European Union due to the Euro zone there would be no currency exchange risk. With SEPA the mechanism for facilitating payments is in place. There are steep regulatory hurdles to be taken.
Did not happen. Giles Andrews, CEO of Zopa commented: ‘I donâ€™t think so for some considerable time as regulations are too different.‘ The route to go will be to set up separate subsidaries for each national markets as Sobralaen (with Isepankur and Kotikonttori) does and Smava tried in Poland.


There will be social-network data used for risk assessment (probability 25%)
So far p2p lending services trying to use “groups ” or “communities” to reduce default risks have failed (not in microfinance like Kiva does it!). Therefore p2p lending services rely on existing scoring models – the same scores banks use. So where is the innovation? And worse – defaults are usually higher than these scoring models initially suggested. Might the use of data retrieved from social networks be a solution? Look out for a longer article on this topic which I’ll post to start a discussion shortly.
While some newcomers claimed they do that, I feel they used the social connections approach only as a marketing label.

I feel I did pretty well on my predictions for 2010. I should probably try some more speculative forecasts for 2011. Which trend in peer to peer lending did you find the most remarkableÂ  in 2010?

3 thoughts on “Review of My P2P Lending Predictions For 2010”