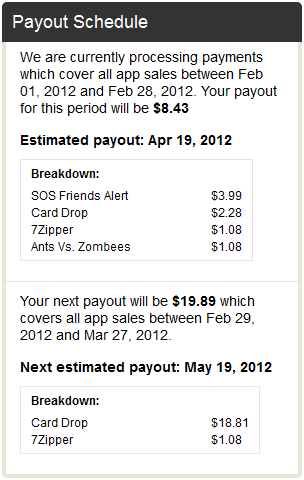 Furthermore Appbackr is taking steps in the wrong direction. They removed (without explanation) the statistics tab which I predominately used to screen and select IPhone apps on the marketplace to invest in.

Members of the management did not reply to my last emails in which I asked for status information and what measures Appbackr have undertaken to address the problems.

Needless to say I won’t invest any more on Appbackr. It is a pity, because the flaws in Appbackr will let those app developers down, that performed well and paid on time (in my case Appzilla 2, 7zipper, iCurrency Plus and Multiplying Acorns -thx).

10 thoughts on “How My Appbackr Experience Failed My Expectations”