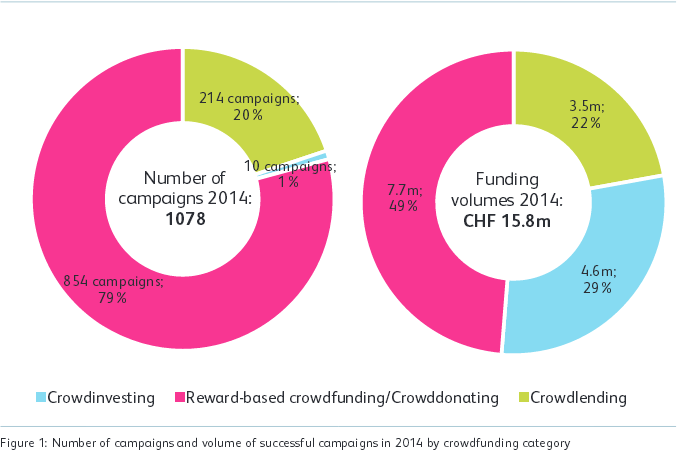 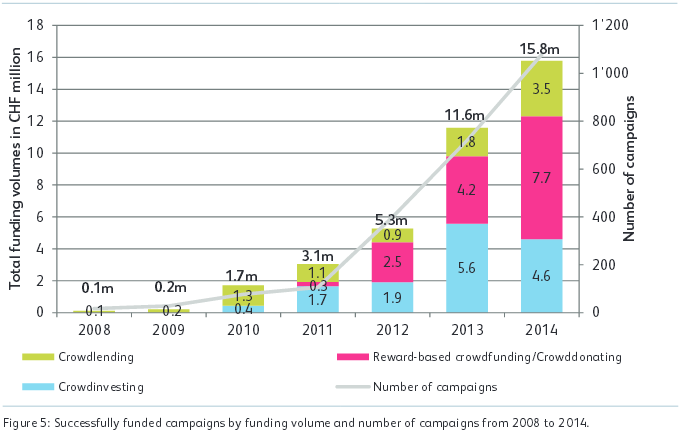 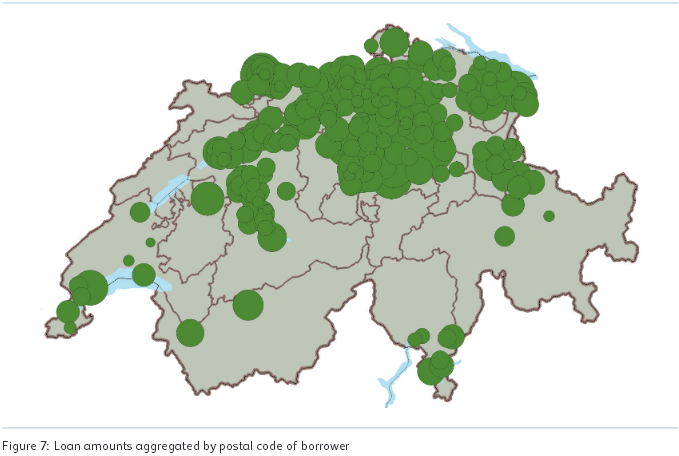 Half of the loans originated in 2014 had interest rated between 7.7 and 9.9%. The interest rate dispersion has declined over the years.

Identified factors that influence the loan were: The authors see a high potential for the Swiss p2p lending market. They find that the low default rates so far and the relatively high returns have led to a strong investor demand that currently is not matched by borrower demand. As a consequence certain loans are funded in almost no time at all and interest rates in the auctions have decreased over the past years.