This post is based on the findings, which German investor ‘Bandit55555’ posted in his own blog p2p-anlage.de. ‘Bandit55555’ is the investor at Bondora with the highest ROI (at least that I am aware of): He calculates his XIRR ROI to be 35.4%, while Bondora displays 57.5% for his portfolio. He achieves that by very diligently using the public download data supplied by Bondora as a basis for his investing and trading. In fact he even developed his own scoring system based on the data.

The secondary market of p2p lending marketplace Bondora was introduced in March 2013. Right now more than 24,400 loan parts are on sale. Using the data Bondora makes publicly available for download the following charts were created. 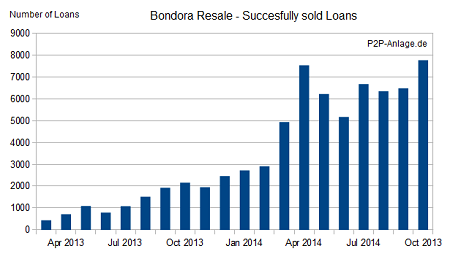 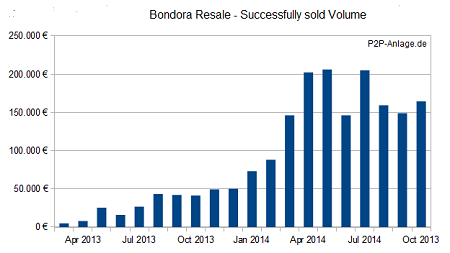 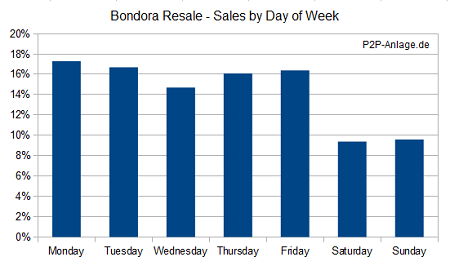 On November 12th Bondora announced that in a sales promotion Bondora will not charge the 1.5% sales commissions from buyers until end of November (sellers still have to pay).

Update Dec. 3rd: Check out this analysis of Bondora’s secondary market on the Orchard Blog

Lending Club Valuation at IPO 4.33B Max.
P2P Lending in Poland and a Portrait of Kokos.pl