Some key figures on my lending since 2018:

Unlike on other platforms, I did not stop my autoinvest at Ratesetter AUS when the crisis evolved. My main reasons were that the provision fund is quite reasonably filled (>10M AUD) and I did not want to change the funds back to EUR currently, so rather than withdrawing them and storing them in AUD cash without any interest I figured I could just continue to reinvest them.

I now reinvest only at the 1 month market as the interest rate there is frequently peaking at higher rates than on the 3 or 5 years market. The following screenshot shows the current allocation of my funds at Ratesetter. 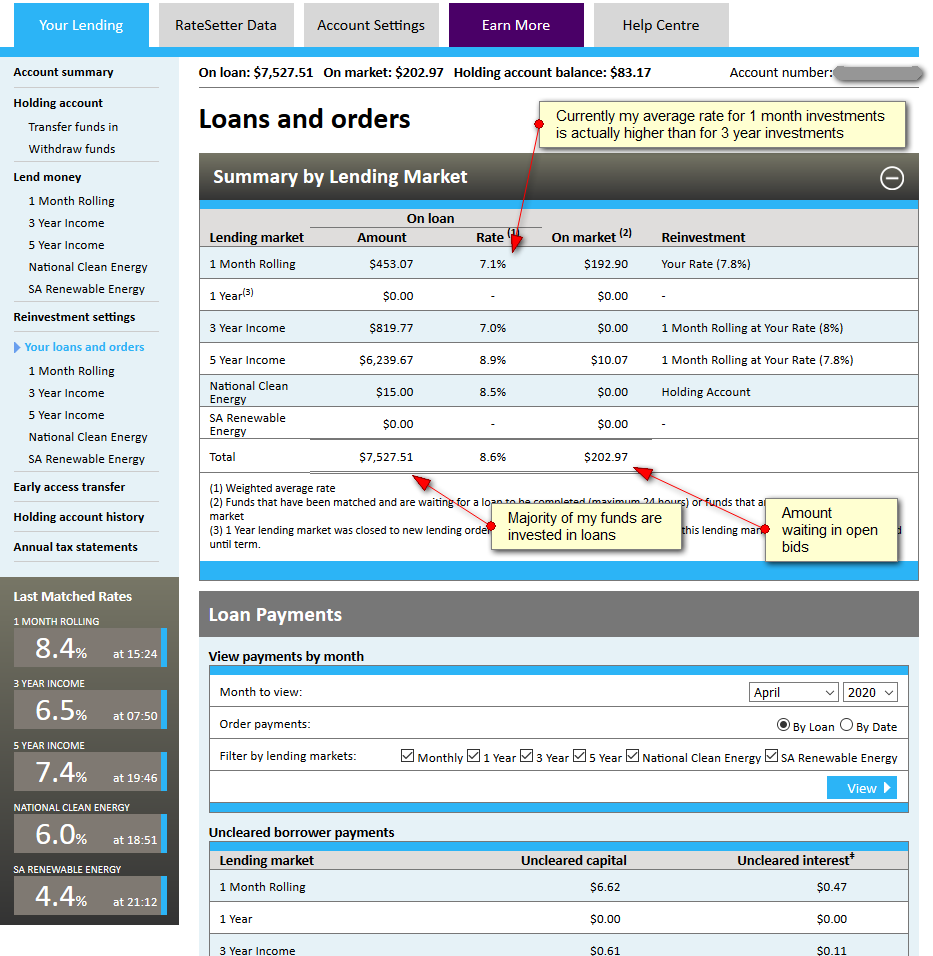 In early March market turmoil caused temporary spikes of interest rate matches up to 19.9%. This was mainly caused by less lender money than usual offered.
Starting on March 23rd, Ratesetter imposed a maximum ceiling of 9.0% for the lending rates on all markets. Older bids that were higher were cancelled.

In the following days investors mostly reallocated remaining funds on offer away from the longer term markets to the 1 month market.

On (or about) March 25th, the remaining funds on the 1 month rolling market must have fallen below the funds replacement buffer of 300K AUD, invoking section 7.7. of the product disclosure section, meaning paybacks on 1 month loans are not return to investors but rather reinvested at the previous rate. While it happend a few time to me since then, it is not really a problem (even so it is relent at pre-crisis interest rates of 3.5%), as I had very little funds on the 1 month market.

The following chart shows the turbulence starting mid-March, with rates bouncing up and down since then.

Overall the main impact on Ratesetter so far is the drop in new loan volume and the much higher interest rates on the monthly market. As far as I can tell repayments on the loans arrive regulary and if there is an impact on default rates it still lies in the future. 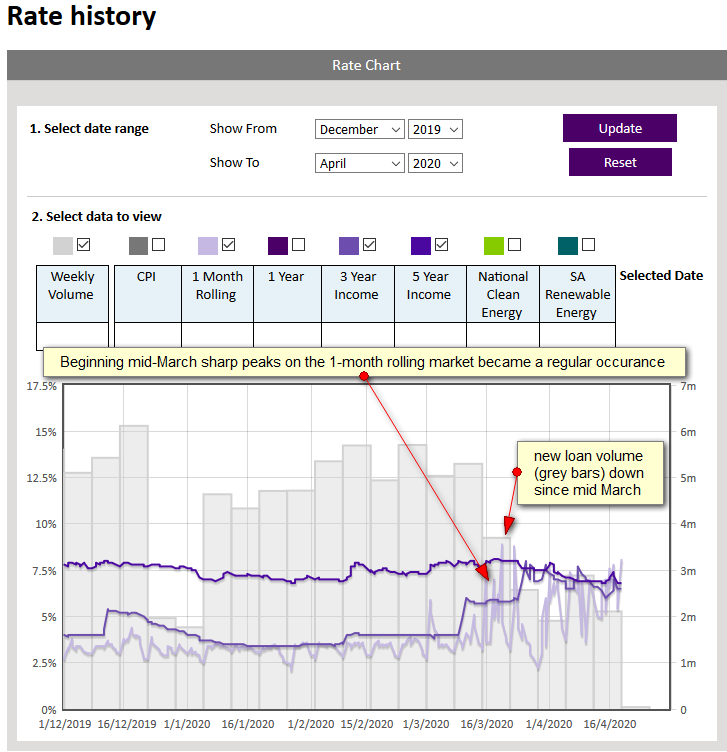 Another big fallout of the crisis has been the forex impact. My home currency is EUR. Compared to that currency, the Australian dollar abruptly devalued in March. I even considered excahnging additional Euro to gain of the exchnage rate drap, but decided against it. The rate has moved back in the direction of pre-crisis levels since. As I have not withdrawn any money from Ratesetter the exchange rate fluctuations have not impacted me. 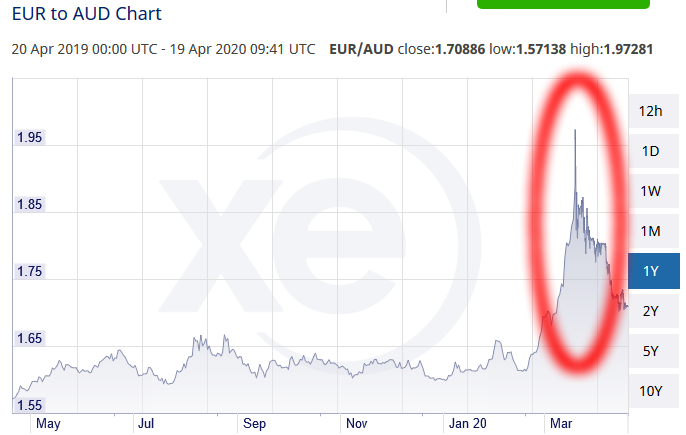 3 thoughts on “How is my P2P Lending Portfolio at Plenti (Ratesetter Australia) Performing during the Current Crisis?”