That is how the new Sales & Product manager Tanya Cordrey of Zopa described the planned Zopa Listings yesterday in a Zopa Chat. Quote: "It is the ability for borrowers to post listings and it gives lenders the opportunity to lend choose individuals"
Zopa plans to get this feature live next month.

The question about the chance for a secondary market was answered by that there is not enough volume yet (maybe next year). The chat was attended by many Zopa employees including the CEO. The transcript is available.

No despite the sound of the title this is no joke. With at little as $4 you can help the quest to remove landmine. The herorat.org project trains rats to search landmines because this is a cheap and reliable way to locate landmines with little risk to the rats. While the site has a cartoon appearance this is NOT a game – read the Press centre for media coverage (e.g. CNN). I donated. 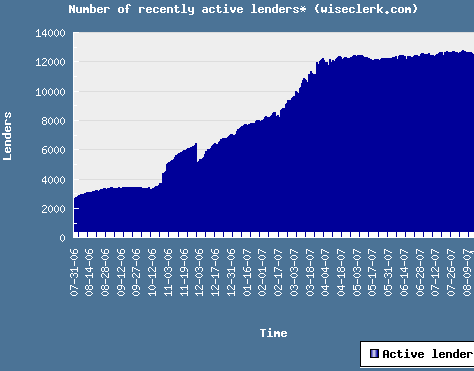 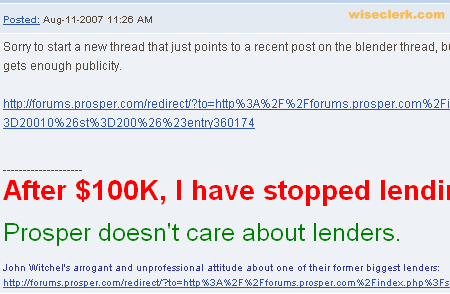 Tom reports that Loanio.com will launch this fall. Loanio has a welcome page up since 3 month, collecting email adresses of those who want to be notified at launch.

In its 10th week of service Lendingclub.com has announced new features:

Browsing the Zopa forums today, I noticed that negative posts by lenders are on the rise. This is quite different from the mostly positive feedback in earlier months.

While the staff in many cases does not immeadiately solve the voiced problems, at least they are much more responsive in the forum compared to the Prosper staff in the Prosper forum.

Some of the complaints may turn out to be misunderstandings. Bear in mind, that only a tiny minority of the Zopa lenders are active posters in the Zopa forum, therefore it is quite possible that a fast majority of Zopa's lenders is still very satisfied with the service.

Users suspect problems may have risen, because Zopa stuff could be tied up with issues concerning US launch.